It isn't fair at all to say that most supporters of "old school" Darwinian evolution are not religious.

They ARE religious, highly religious in fact.

But for both groups of believers, awkward questions still remain and indeed remain the same for all of them.

Why are there then so many un-beautiful and un-perfect beings in this world ?

If God and Evolution are capable of gradually improving Life ever upwards to a new, bigger, more complex, more beautiful perfection, why has progress been so slow ?

Why are the tiny, primitive and ancient microbes still here, parasites living off of the bounty of OUR world ?

Why are defective human beings still being born, and again, living off the taxpayer bounty extracted from all of us by some foolishly tender-hearted humans ?

Now some of us could take faith in the words of our elders, that the disappearance of both is naturally inevitable, if taking a fair bit longer than expected.

But many of us are too impatient to let Nature takes its inevitable course, gradually extinguish these imperfections in a perfect world for all time to come.

We give lip service to the sacred notion that a perfect God/biological mechanism will of course inevitably extinguish these blemishes in time, but we all agree that God and evolution could use a little assistance : assisted inevitability as it were.

One could see the working out of this thought in a whole host of horrific tragedies of the 20th century.

The Nazi Holocaust of Jews & Romas together with their Aktion T4 plan to remove all mental moral and physical "defectives" from the German population.

The Communist attempts to wipe our entire economic and intellectual classes. George Bernard Shaw defended the execution of the older cadre of Russian communist leadership as the mere gentle tugging at the ankles of individuals hanging at the end of the rope of historical inevitability.

In the liberal democratic societies, where Shaw actually lived, eugenic fans like himself, talked muchly of 'gassing' the physically, mentally and morally unfit.

But perhaps the most widespread "assisting of the inevitable" (and notable because so many people coached in exactly those terms) was the deliberate neglect-onto-early-death of aboriginal populations around the imperial world.

So in Canada, aboriginals were rounded up and stuck in reserves much too small and too poor to adequately feed house and warm the population.

Inevitably (that word again !) this results in disease and death followed by individual and societal breakdown which led to yet more death.

For supposedly, hunter-gatherer societies were seen as inevitably disappearing before the advance of modern urban industrial societies but they refused to go quietly or quickly.

Still through the deliberate denial of basic humanitarian support, gratifyingly high number of deaths among the aboriginals of child-bearing years, together with even higher deaths among their babies and small child did ensure that while the non-native population of Canada and other like-minded liberal democracies got greater every decade, their absolute numbers of aboriginals "inevitably" went down down down every decade.

Before 1945's revelations about the Holocaust made humanity start to question Modernity and Eugenics, the indigenous population of Canada was down to about 1/10th of its peak before whites arrived.

It too was Genocide, slow but but steady and without any morally messy gunfire and gas chambers.

Today, of course, the indigenous, the microbes and the mentally/physically challenged are still here.

Clearly, we can see that God and our evolution does permit them to survive and we need to ask why ?

We can start by re-casting those bacteria holding the genes that create antibiotic resistance as being "defective" bacteria, creating and holding costly assets that are rarely needed and that weaken their ability to compete in the race to reproduce.

However, evolution is not perfect and fails, in the short run, to sweep up and out all the defective microbes.

These defectives continue to exist, in few numbers in among the fringes, and continue to give their antibiotic resisting genes to a very few other bacteria via HGT , horizontal gene transfers.

Bacteria are always entering an existential crisis for survival, or so it seems to us humans.

But actually, in terms of generations, considering we humans reproduce every 20 years while bacteria can do so in as little as 20 seconds, it probably feels to a bacteria as if a huge survival crisis emerges in the same time frame as one big existential crisis every 20,000 years does to a human.

Suddenly the hitherto useless and costly antibiotic resistance gene is a literal life-saver and is spread by HGT to an ever bigger population of fellow bacteria who in turn become "defective" in the narrow sense and indeed only survive to reproduce because of it.

The crisis passes and the need for this useless costly asset falls and the defective population once again falls down to almost invisibility.

We can see this explanation at work in many cases in humanity where a seemingly useless genetic defect proves life saving in some circumstances — sickle cell being only the best known example.

But many humans are born physically and mentally challenged with no strong genetic explanation behind their condition : it is simply an accident of existence and will always happen - evolution can not foresee it or prevent it.

But why then does a perfect and all-powerful God permit it ?

It could be that God soon got bored with physical perfection, Barbie & Ken forever, and changed —— now wanting to enjoy a huge kaleidoscope of variety.

To the extend we are made in God's image, we too have to learn to enjoy all the unusual and unlikely varieties of existence.

There is no inevitability of progress to a universe filled with barbie and ken and no point in assisting that progress....

michael marshall
GREEN HOPE
Posted by Michael Marshall at 7:13 AM No comments: 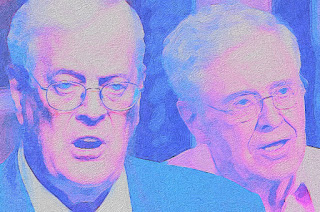 But beyond that - well beyond that - he/she and their company, with all their carbon output, is literally changing the climate itself, before our very eyes.

The current term 'climate change' makes it seem a mere force of nature, something we cant put in a criminal court and send to jail.

Deniers are then merely seen as foolish dupes, denying a simple fact of reality.

call them instead "CLIMATE CHANGERS" - and charge'em with mass-murder


But if we instead call oil execs 'climate changers', we can tie them directly to the changed climate that added those deadly extra 20 miles an hour to our latest series of hurricanes, Harvey and Irma.

The past actions of those oil execs then led to most of those current deaths and destruction.

This is because the destruction force of a hurricane cant be measured by a smooth linear increase as speeds build up and pressure at the core goes down.

For buildings have sudden breaking points and sea walls have finite heights : exceed either by even a little bit and minor damage turns suddenly to total damage and death tolls in the tens of thousands.

We need to start to put some oil execs on trial - for mass murder - before they begin, as a group, to collectively smarten up and do right....


Posted by Michael Marshall at 3:10 AM No comments:

GREEN HOPE on the Home Front 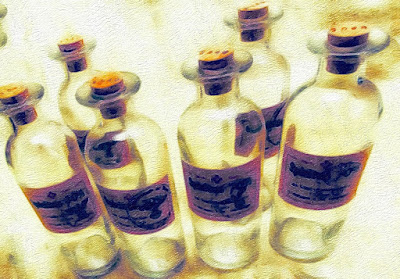 Most military lives were saved during WWII by medical 'advances' that actually had little postwar civilian application.

Read more »
Posted by Michael Marshall at 4:57 PM No comments:

In the middle of an Era, all wars are limited

WWII's beginnings were in the very middle of the Era of High Modernity, at a time when its intellectual hegemony was at its highest.

Read more »
Posted by Michael Marshall at 8:07 AM No comments: 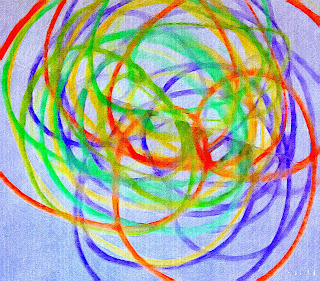 I firmly believe that even in the 20th century, a halfway competent scientific theory
- no matter how controversial - could be 'published' in the special scientific sense of that word - if the author (s) were but persistent long enough.

Read more »
Posted by Michael Marshall at 7:31 AM No comments:

- that much (and more) these two exemplary figures from the era of Modernity shared in common.

Read more »
Posted by Michael Marshall at 3:02 AM No comments:

"NEW" in the name of the new democratic party old enough to get its CPP : time to retire it ? 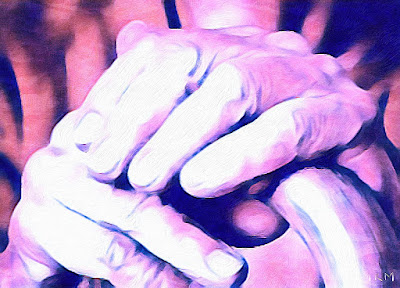 As a baby boomer myself I know well our collective delusion that we will be the one and only generation in history never to get old.

A baby boomer institution, the NDP (the new Democratic party), is at least as bad.

Read more »
Posted by Michael Marshall at 11:19 AM No comments:

Email ThisBlogThis!Share to TwitterShare to FacebookShare to Pinterest
Labels: NEW democrats old enough to get CCP 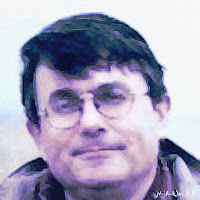 The hegemony of Romanticism was replaced very gradually by those of Disentangled Modernity, in the years between about 1835 and 1875.

Romanticism's values never truly disappeared. Instead they became held only by a depressed and dispirited minority, who knew they were outside the tenor of their times.

Read more »
Posted by Michael Marshall at 6:49 AM No comments:

A honest scientific soul falls in among the band of thieves known as High School science exams....

The problem with High School Science is that it  has never ever been Science - its alway been 'good enough for industry' field-grade engineering.

Read more »
Posted by Michael Marshall at 8:20 AM No comments:

We (collectively) order a pile of McBurgers here in North America and another tropical rainforest falls under the dozers' tracks in South America : spooky action at a distance : ecological entanglement.

Read more »
Posted by Michael Marshall at 7:10 AM No comments:

The scientific thought of Charles Darwin and Erwin Schrodinger, otherwise often thought to be as immiscible as oil and water, actually came together, become entangled in history, through their twin birthing - and then firmly rejecting - of the concept of entanglement to best describe the new science then emerging in the late Victorian era !

Read more »
Posted by Michael Marshall at 5:05 AM No comments:

Much of the world has been taught, in our public high schools, to regard such 'problems' as the fact that fossil fuels are heating our planet into extinction as something Man and Science can easily solve.

But the classical (Newtonian) science & math that gives us such self confidence was known to be dead, a fossil science, scientifically wrong, even before public high schools began to be widespread from the 1890s onwards.

Read more »
Posted by Michael Marshall at 7:23 PM No comments:

Michael Marshall
Histories of WWII all start with the presumption that it was a war raged between humans and human ideologies, with Nature’s climate and geography as side issues easily surmounted.My blog, on the contrary will only accept that it was conflict between humans and their ideology that STARTED the war but that it was the barriers thrown up by Mother Nature (geography & climate) that turned it into a war that lasted between 6 to 15 years and expanded to thoroughly involve all the world’s oceans and continents. High Modernity may have started the war convinced that Nature had been conquered and was about to be soon replaced by human Synthetic Autarky and that only human Tiger tanks and human Typhoon planes were to be feared. But by the end, more and more people had lost their naive faith in Scientism and were beginning to accept that humanity was thoroughly entangled with both the Nature of plants, animals & microbes as well as the Nature of so called “lesser” humanity. By 1965, the world was definitely entering the Age of Entanglement. Billions still believed - at least in part -with the promises of High Modernity but intellectually & emotionally, it was no longer dominant...